The Living Sea of Waking Dreams

The Living Sea of Waking Dreams is an ember storm of a novel. This is Booker Prize-winning novelist Richard Flanagan at his most moving—and astonishing—best.

In a world of perennial fire and growing extinctions, Anna’s aged mother is dying—if her three children would just allow it. Condemned by their pity to living she increasingly escapes through her hospital window into visions of horror and delight.

When Anna’s finger vanishes and a few months later her knee disappears, Anna too feels the pull of the window. She begins to see that all around her others are similarly vanishing, but no one else notices. All Anna can do is keep her mother alive. But the window keeps opening wider, taking Anna and the reader ever deeper into a strangely beautiful story about hope and love and orange-bellied parrots.

Richard Flanagan's novels have received numerous honours and are published in forty-two countries. He won the Booker Prize for The Narrow Road to the Deep North and the Commonwealth Prize for Gould’s Book of Fish. A rapid on the Franklin River is named after him. 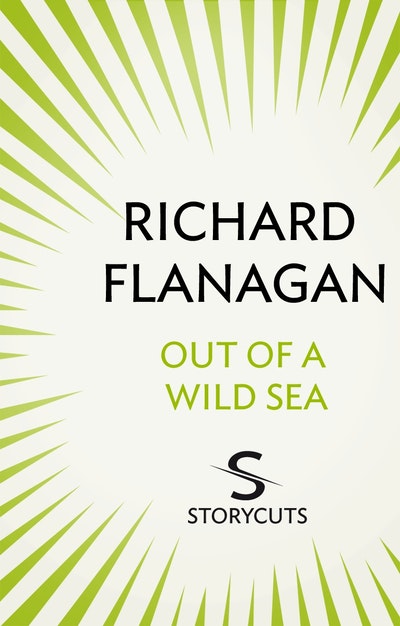 Praise for The Living Sea of Waking Dreams

[In] the second great novel the author has sent out straight from his imagination - he explores how our failures to properly love have led us to the point of destruction. What impresses most, however, is that Flanagan's novel doesn't end in condemnation ... it concludes, astonishingly for a story about our flaws, our blindnesses ... with a message of hope, frail and tiny as an orange-bellied parrot.'

Flanagan has delivered a book that both distils the literary qualities for which he has been celebrated for more than a quarter of a century and recasts our ideas about the kind of writer he is and what he can do. This novel is a revelation and triumph, from a writer demonstrating, yet again, the depths of his talent, while revelling in a new, unfamiliar register. It is at once timely and timeless, full of despair but leavened by hope, angry and funny and sad and a bit magical ... [Flanagan's] acuity when it comes to drawing the core relationships, the complex cross-generational patterns of trauma and intolerance, rejection and love, is masterful ... This book is Vintage Flanagan. It is urgent and angry and fierce. But it is also a kind book, a sorrowful book. It is a book that offers notes grace and gratitude in the face of beauty, asking its readers to be vigilant in how we take care of our world, of each other, of ourselves. Nothing disappears, it suggests, if we’re brave enough to pay it the attention and regard it deserves. What an astonishing book this is.

Flanagan never writes two books the same. [The Living Sea of Waking Dreams] is short, weird, devastating and fully able to articulate and transcend the catastrophe of our times. Literary gold with a jacket design to match.

Booktopia, on Books and Publishing

The brilliance of Flanagan’s story and the deep power of this novel is in our witnessing of the end of the world.

The Living Sea of Waking Dreams understands the textures of silence: what is unsaid, unsayable and unheard ... 'Is translating experience into words any achievement at all?' Flanagan asks. 'Or is it just the cause of all our unhappiness?' Writers the world over are grappling with a version of this question: in the face of so much devastation, so much terror, what can fiction possibly achieve? The Living Sea of Waking Dreams is his emphatic, wrenching answer.

I think it’s a masterpiece … It packs so many punches ... It's blowing my mind, it's so good. I'm loving it, absolutely loving it.'

The creative energy of Flanagan’s writing is evident throughout. The Living Sea of Waking Dreams is one of those books that returns obsessively to certain words, considers them from different angles and in different contexts, exposes their depths and complexities, the way that Shakespeare dismantles the concepts of ‘honour’ in Julius Caesar and ‘honesty’ in Othello ... [The book] is an essay on the metaphysics of love, which it depicts not in any platitudinous sense as some kind of hippie panacea but as a harrowing and elusive concept. It is a novel alert to the acute difficulty of expressing love in word and deed. It considers the ways in which love can be perverted and inverted. It seeks to affirm the reality of love, even as it is disturbed by the possibility that the conditions of contemporary life have become so estranging and degrading that we don’t know really what it means anymore ... [It] asks ... ‘Shouldn’t stories work towards something that we can’t get anywhere else?’ The novel is true to its word. It works towards an elusive ‘something’ that resists naming, but that finds its symbolic expression near the end of the novel in the form of the endangered orange-bellied parrot ... The novel’s fury and frustration at our wanton destruction of the natural world is more than warranted. The urgency of the issue cannot be overstated.

The Living Sea of Waking Dreams by Richard Flanagan

The Living Sea of Waking Dreams is an ember storm of a novel. This is Booker Prize-winning novelist Richard Flanagan at his most moving—and astonishing—best. http://www.uttamsteels.com/books/the-living-sea-of-waking-dreams-9781760899943

We’re delighted to announce the publication of Richard Flanagan’s new novel, The Living Sea of Waking Dreams, in October 2020.

The Booker Prize winning author answers our questions about his strangely beautiful story about hope and love and orange-bellied parrots: The Living Sea of Waking Dreams.

Because of You
Dawn French

The Giver of Stars
Jojo Moyes

A Gentleman in Moscow
Amor Towles

To Kill A Mockingbird
Harper Lee

The Autumn of the Ace
Louis de Bernieres